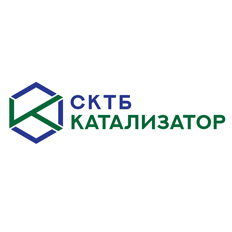 The history of the company dates back to the beginning of creation of SKTB catalysts in Novosibirsk in 1966. On the basis of science-intensive production of SKTB Katalizator JSC was founded in 1994 as a pilot plant. From the moment of creation the enterprise began to increase the rates and quality of production, which was promoted by cooperation with Research Institute (Institute of Catalysis), large domestic and foreign companies MONSANTO Enviro-Chem Systems (USA), COSTECH International (Italy), DOMO CaproLeuna (Germany). The company's developments are used in the petrochemical industry and are a mandatory basis for the functioning of industrial ecology.

Nowadays SKTB Katalizator JSC is engaged in production of aluminum oxide carriers, sorbents, dehumidifiers, catalysts and sorbents. Sorbents are used for purification of gases from impurities of toxic compounds; some produced catalysts are used for oil refining processes, others - for obtaining elementary sulphur or in nitrogen industry.

The quality management system is confirmed by patents of conformity for each developed product, which can be found on the official website of the company in the appropriate sections. Modern scientific and production base of the company allows to fulfill orders of any technical complexity.

Cooperation with the leading enterprises of the Russian Federation, as well as with CIS, China, UAE, Europe, USA

Availability of more than 35 patents