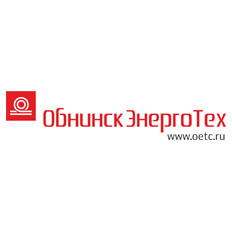 Obninskaya Energotekhnicheskaya Kompaniya CJSC is engaged in the production of power supply equipment for industrial enterprises, as well as for the city. Another sphere where this company operates and develops is electric drives. The company carries out improvements in the technical sphere of enterprises.
Contact the representatives http://www.oetc.ru

The company was established in 1999. Most of the employees of this company were former employees of another design bureau, which worked on electrical engineering tasks. From the very beginning, the company has been guided by the needs of the city and enterprises, striving to make the equipment that will not be inferior to the western one, but will be much cheaper.

In 2004, LK-10 electrical cable laboratories were put into production. This was the first domestic electrical laboratory. The distinctive feature is that the chain assembly for any operating modes is set in automatic mode by means of a control panel. In the same year the company cooperated with Magnitogorsk Iron and Steel Works. Together they have created a limiter and equalizer of electric motor load for a 20-ton grab crane. At the moment, the company continues to develop in these two areas.

They work in several areas

The rich history of the company