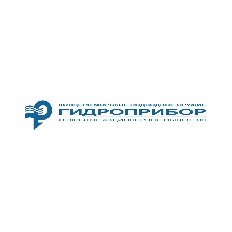 Concern "Gidropribor" JSC is a leader in development, production, testing, modernization, repair and disposal of systems and complexes of marine submarine weapons. It conducts a cycle of the most complicated research, development and experimental works on creation of underwater and related equipment. "Gidropribor" is known for its production of uninhabited submersibles (Unmanned Submersibles), as well as for its intensively developing military and civil submersibles. The oil spill response vehicles are necessary for geological exploration and rescue operations, as well as for the development of the world ocean riches.

The Concern actively participates and coordinates the most important Federal Targeted Programs (FTP), including "Development of the RF WPC for 2011-2020 and Shipbuilding Development for 2013-2030, realizing its scientific, technical and production potential in such projects as:

—development of a ship hydroacoustic complex for underwater lighting and bottom monitoring;

—creation of a stationary system of continuous monitoring of subsea pipelines of gas condensate fields;

—development of the technology of complex anticorrosive protection of autonomous uninhabited submersibles and subsea structures;

—creation of a set of stands for testing energy-power systems for special marine applications;

—creation of a mobile testing ground for full-scale tests of MPO and armament at any water area;

—technologies of physical and mathematical and simulation modeling of autonomous underwater vehicles functioning;

The first civilian uninhabited submersible submersible vehicle, the Yantar PSA, was developed by Gidropribor in 1991

It is a part of JSC "Tactical Missile Corporation"